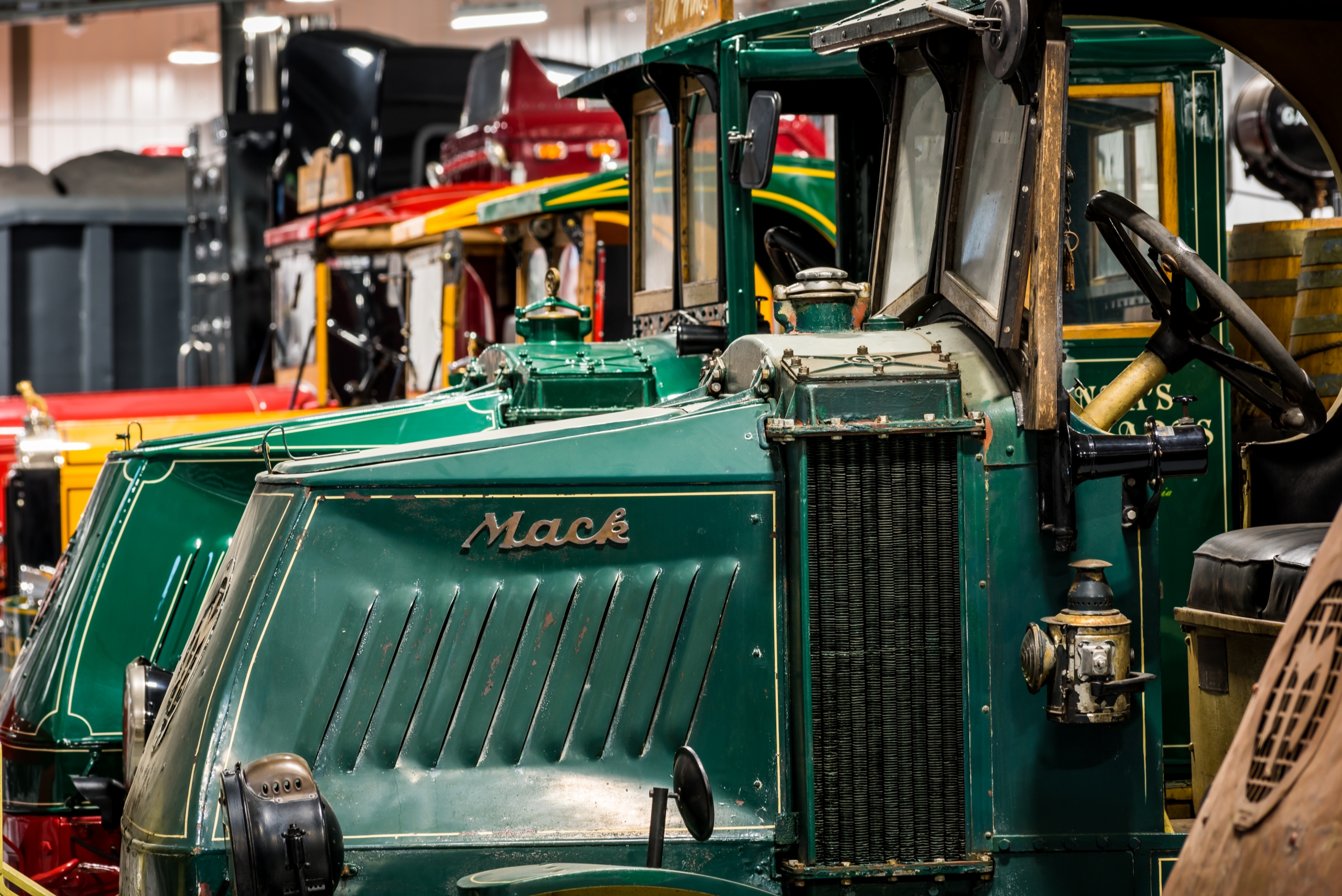 Mack Trucks carry an important role in modern history and the acceleration of American infrastructure in the first half of the twentieth century. Originally called the Mack Brothers Company, Mack Trucks, Inc. was founded in 1900 by brothers John and Gus Mack. Inspired by the advent of the automobile industry, the Mack brothers manufactured the first New York City bus, an open cab, 20 passenger cruiser designed for touring Brooklyn’s Prospect Park. The immediate success of this initial project opened the gates for the production of heavy motorized vehicles as the Mack brothers continued to push forward, innovating with new ideas.

By 1905, the country was on the move, in many ways thanks to Mack Trucks. Bus manufacturing continued to be a success and the Mack brothers continued to push forward as they began producing rail cars and locomotives. Heavy motorized hauling vehicles quickly followed and Mack became not just a national, but a global success, serving as the primary supplier of trucks to Allied troops during World War I.

Mack Trucks. legacy has grown continually and is consistently recognized for its hallmark quality, durability, and innovation.

Come, share in the legacy by visiting The Nuss Collection today!